We’ve solicited nearly 200 comments in the last week. Thanks to our pals at 350 PDX, Oregon Walks and the Community Cycling Center for sharing information about our campaign. You can click on the big button above or on this link here to submit comments online. We’ve provided a script and some talking points, but honestly, write from the heart about your own reasons to oppose this project – that’s as good a testimony as any we could ask for.

Thursday, March 7 – ODOT’s Open House. Starts at 6:00pm at the Leftbank Annex Building. We’ll be there to hand out information about our campaign and encourage folks to testify in opposition to the project. Join us!

Tuesday, March 12 – Public Comment Hearing Join us at 4:00 at the Oregon Convention Center for our press conference. We’ll be signing folks up to testify at 4:30, and the public hearing itself begins at 5. This will be the big, can’t-miss advocacy event of the month; hope to see you there! RSVP and invite your friends to join you on facebook. Spread the word!

For the past two weeks, our wonderful campaign volunteers have been pouring over the data provided by ODOT in the Environmental Assessment. We were hoping to look at the arithmetic that went into ODOT’s traffic modeling – unfortunately, numerous appendices and data figures that are crucial for us to independently verify these claims have not yet been available despite the EA being published two weeks ago. We wrote a letter this week asking ODOT to please provide with us a handful of specific data sets, appendices, and clarifications on their projections. Stay tuned!

Press Coverage of our campaign! 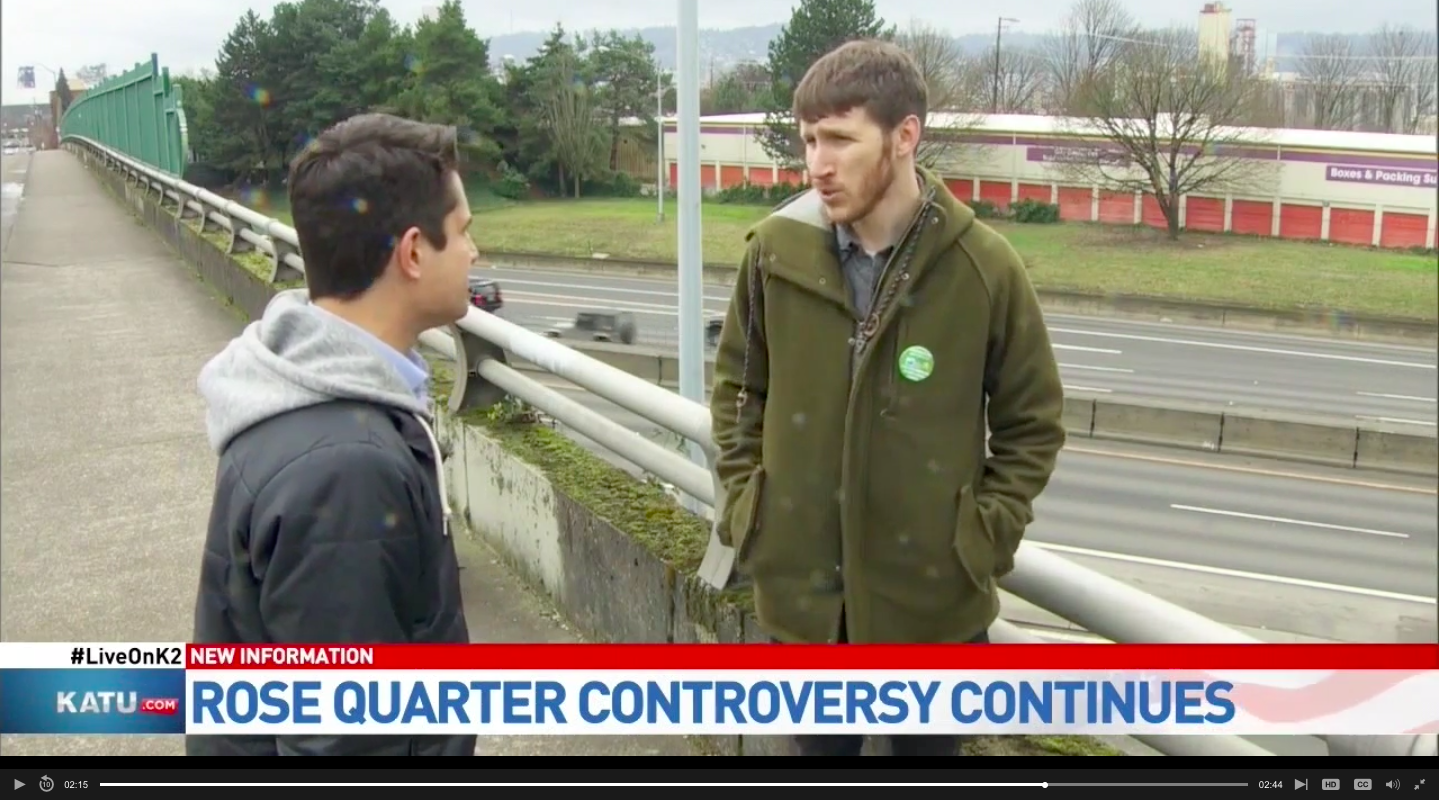 “We’ve got 11 years to stop climate change, and if we’re making investments in intergenerational infrastructure, how can half-a-billion dollars be spent on freeway widening?”
– We were thrilled to see Henry Grabar provide some national coverage with an article published in Slate.com (it was also picked up in CityLab).“This is like building a blockbuster video when everyone’s getting around to watching Netflix. We need to be moving forward with 21st century solutions to climate change air quality and mobility.”

– We spoke to reporters at KATU News at the Flint Avenue Bridge.

“The levels [of pollutants] are pretty high,” said Boz Eppley, the parent of a seventh grader at Harriet Tubman. “I’m not comfortable with them. My dad died from cancer that was caused directly by benzene [one of the pollutants mentioned in the PSU study], and it is just a terrible, terrible way to die. To think that one of these kids might be dealing with that in eight to ten years is really scary.”

The No More Freeway Expansions Coalition on Tuesday said the report’s findings are dubious in claiming that carbon emissions would be reduced if the more than $500 million project on Interstate 5 in the Rose Quarter moves forward.”

“Widening I-5 in Portland apparently made traffic congestion worse” 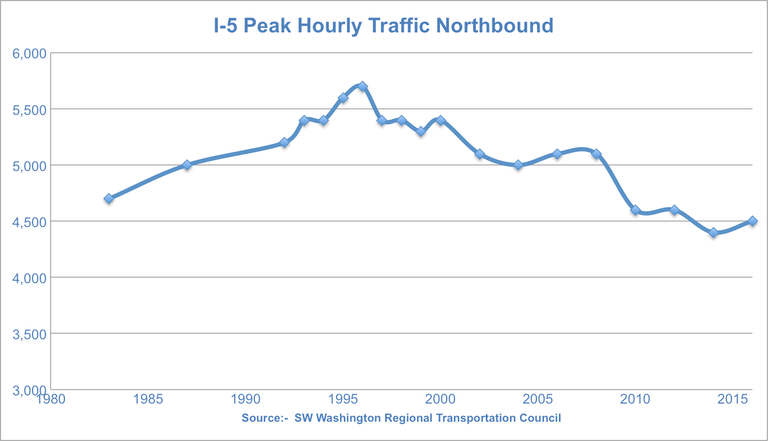 – City Observatory wrote about how ODOT widened a stretch of I-5 less than a decade ago, promising it would reduce crashes and improve travel times. Guess what? It didn’t do either of those things, and the project came in wildly over budget.

So Many Small Donations, One Big Freeway to Stop 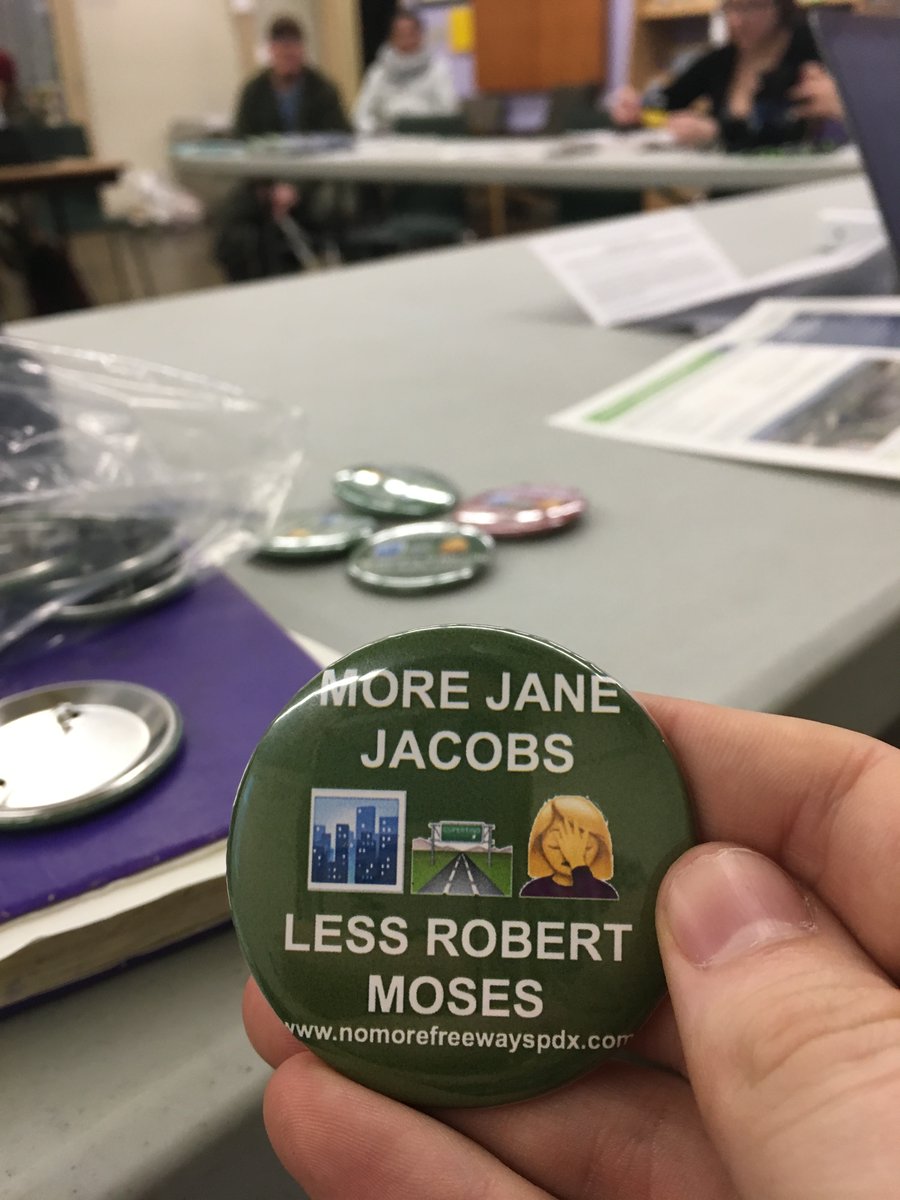 Thanks to the dozens of you who have donated anywhere between $10 to $150 over the past few months. Every donation goes directly towards our propoganda funds. We’ve got some big plans for the public hearing on March 12 and each small donor gets us a little bit closer to covering our costs for all the stickers, posters, signs, and campaign rabblerousing we’re undertaking.Donations are tax-deductible, and we’ll mail you a nice card and some buttons after this whole EA process is over. We’re thrilled to have you on our side.