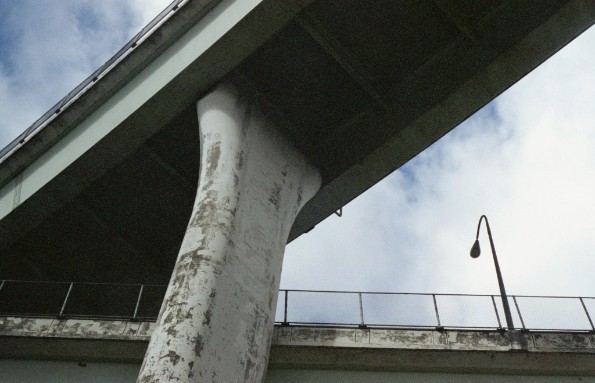 GET READY TO TAKE ACTION THIS FALL.

Greetings from the No More Freeway Expansions campaign! We hope this finds you well. We apologize for our radio silence over the past few months – we assure you that we’ve been busy behind the scenes having conversations with elected officials, reaching out to new and existing community partners to solicit further endorsements for our cause, and building grassroots power throughout the Portland Metro region to ask our elected officials to rethink the necessity of spending billions of dollars on freeway expansions that are counterproductive to our goals to reduce traffic congestion, carbon emissions, and air pollution.

Planners at ODOT working on the Rose Quarter Freeway Expansion project have told us that the Public Comment period will open sometime in November. This will be a crucial moment for us to demonstrate the breadth and overwhelming support for our campaign to stand up and fight for a future in which we spend money on transit, biking and walking options instead of a freeway expansion next to a middle school.

Stay tuned for more information about how you can weigh in and make sure your voice is heard in opposition to this expensive, careless project. We’re gonna need your help. 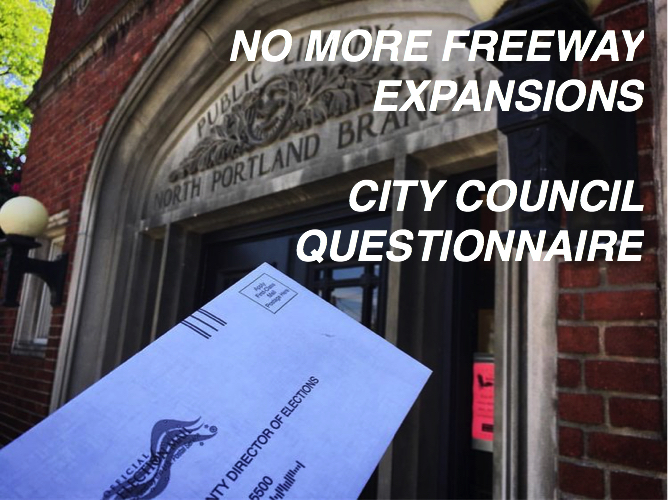 Did you know that there’s an election next week? No More Freeway Expansions is not an explicitly political entity (we’re not a legally organized entity of any sort, honestly), and we’re not here to make any endorsements of any candidates. We encourage you to read up on your elected officials and support those that intend to govern as though climate change might destroy human civilization within ten years without immediate action, and those that believe in supporting community-led initiatives for an equitable, sustainable, healthier future. 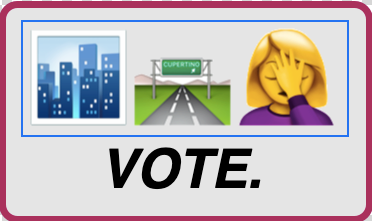 LOCAL BALLOT INITIATIVES
Many of the environmental, public health and social justice organizations who have worked with us closely to support the freeway fight have been working tirelessly to pass the Portland Clean Energy Initiative fund. Learn more about Measure 26-201 at the campaign website.

LOCAL CANDIDATE ELECTIONS
Last May, we sent all of the candidates for Portland’s City Council a Questionnaire about their positions on the freeway expansion and on transportation investments.

Hardesty’s opponent, Loretta Smith was the only candidate who didn’t fill out our questionnaire despite numerous attempts on our behalf to reach out to her campaign. On her website, she lists herself as a supporter of the project, and dodged the question during the transportation candidate forum held before the May primary. Out of the six candidates who filed for the open council seat, Smith was the only candidate who supported the project.

HOW TO VOTE
It’s too late to mail in your ballot. You can drop off your ballot at any Multnomah County Library, or at one of the other numerous local ballot drop sites across the state.

BALLOTS ARE DUE BY 8PM ON TUESDAY, NOVEMBER 6th. GO VOTE. 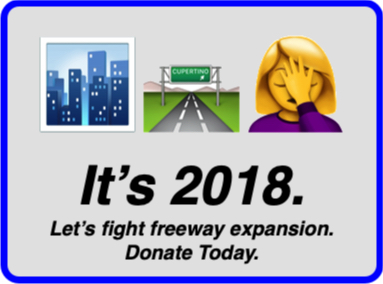 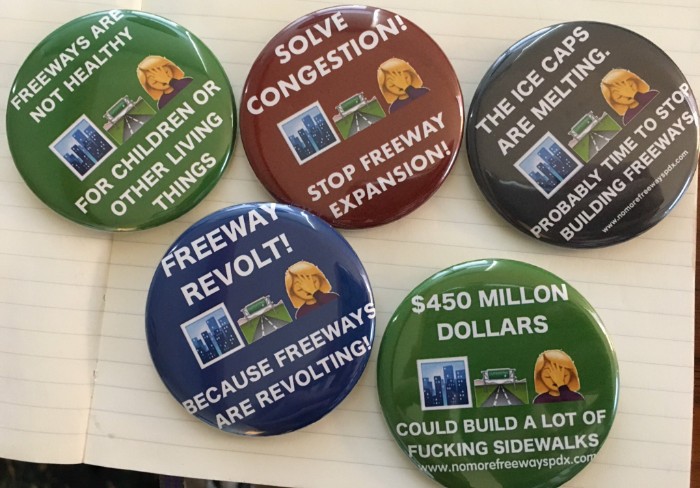 Thanks to our pals at Portland Transport, donations to our campaign to help us stop this freeway expansion are now tax deductible. Make a donation and we’ll mail you a button, as well as one of our new stickers that are just on their way to print.

Click HERE to help us gear up for our freeway fight this winter. We have a goal of raising $10,000 in the next month to gear up for our big fight, and we’re hoping for $3,000 to come from grassroots supporters. Can you throw a couple bucks our way?