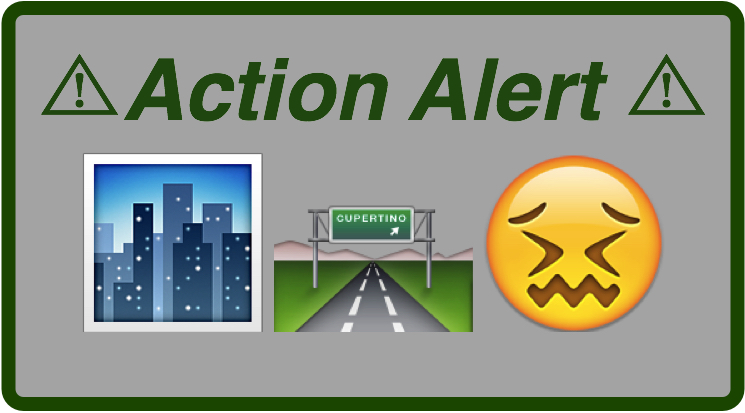 We’re thrilled to see groups like The Street Trust, Oregon Environmental Council, OPAL – Environmental Justice Oregon and Verde sitting on the advisory committee write a letter specifically asking ODOT to implement decongestion pricing before freeway expansion. We’re emailing you today to ask you to also tell ODOT you believe decongestion pricing is an important policy that should be implemented to address traffic. ODOT’s currently soliciting community input on a clunky online open house, and you’re welcome to attend one of their events in person.

Otherwise, PLEASE SIGN OUR LETTER. Here’s the cliffnotes version of our letter:

Please read our letter, and consider joining over 200 community members and signing on. We’ll be delivering the letter to ODOT’s Value Pricing Committee on April 30. 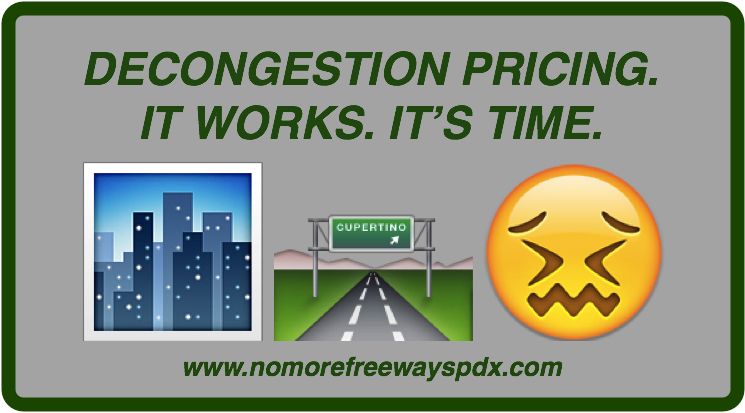 Podcasts, Radio, and some other good news 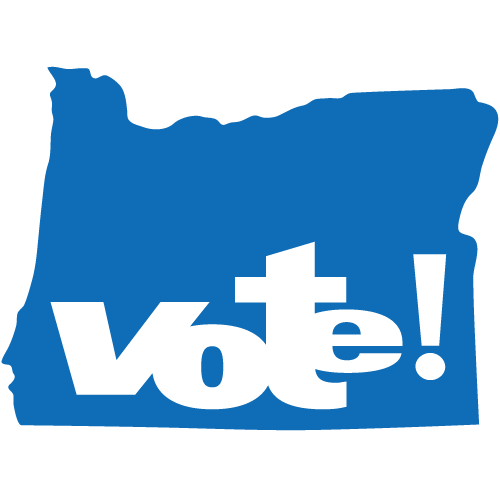 Tuesday, April 24 was the voter registration deadline; ballots are due May 15. We’ve sent responses out to candidates to ask about their opinions on the Rose Quarter Expansion, and received some great responses. We’ll post the comments in full in the weeks ahead – in the meantime, check out Jonathan Maus’ coverage in BikePortland of the City Council Candidate Forum on Transportation, and this recent article in Oregon Business. 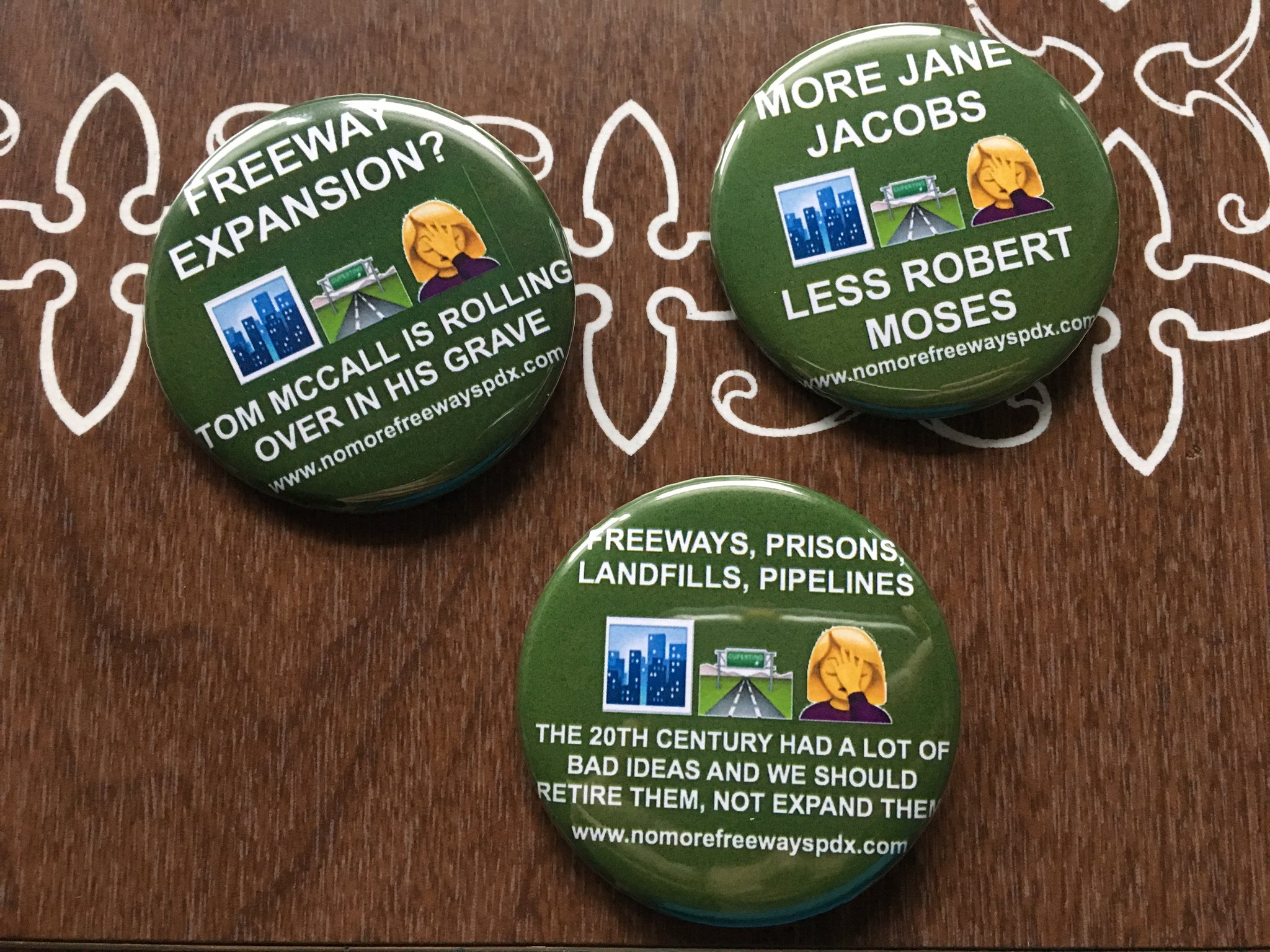 We’ve got some snazzy new buttons. If you haven’t yet thrown us a couple bucks to support our grassroots campaign, well, can you consider doing so?

HAVE YOU SIGNED OUR LETTER YET? 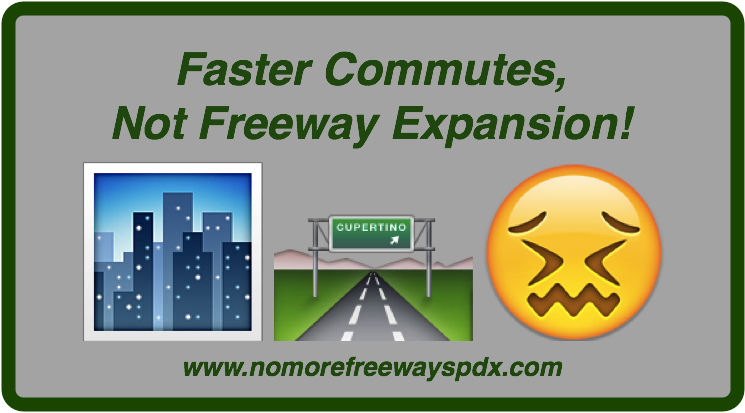 Please do so by April 30, and ask your friends to sign on as well.