There’s a new director of a multibillion dollar state agency that
oversees the sector of Oregon’s economy that contributes 40% of the entire state’s carbon emissions. As reported by Willamette Week and BikePortland last week, the new director of the Oregon Department of Transportation appears willing to make statements in direct contradiction to decades of empirical research in order to continue the agency’s desire to widen freeways and perpetuate car-dependency for Oregonians living across the state.

As our pal Joe Cortright wrote over at City Observatory last week:

ODOT Director Kris Strickler makes a phony claim that we can fight climate change by reducing traffic idling in congestion. The only feasible way to reduce congestion and reduce greenhouse gas emissions is to work to lower vehicle miles of travel. Unfortunately, that one proven strategy is one that ODOT has done nothing to consider or seriously explore.

Make no mistake: telling ODOT to knock it off with the billions of dollars for freeway expansions is nothing short of necessary if this state is serious about living up to our progressive environmental bonafides and actually doing something about carbon emissions. There are five hundred million other reasons to oppose this project, but at it’s fundamental core: we cannot build the Green New Deal without retiring the Grey Old Deal. And ODOT’s plans to spend half a billion bucks to widen a freeway into the backyard of Harriet Tubman Middle School, where the air pollution from the existing freeway is already so bad that students forgo outdoor recess, is exactly the environmental injustice that we need to leave behind as a shameful relic of the twentieth century.

We’re showing up at ODOT’s front door with the city’s most prominent youth climate justice advocates to ask for just that on Tuesday, rain or shine, and y’all should join.

We have one week to sway the OTC. 200+ Oregonians have chimed in.
Will you join us?

Can’t make our rally? that’s okay – you can still help us demand that ODOT conduct an Environmental Impact Statement for their proposed $500 million Rose Quarter Freeway Expansion. We’ve got a link on our website where you can join hundreds of Oregonians who have already submitted their comments directly to the Oregon Transportation Commission, the office of Governor Kate Brown, and to ODOT themselves demanding that they conduct a full study of the health, safety, climate, congestion and air pollution implications of this $500 million freeway expansion into the backyard of Harriet Tubman Middle School.

Comments need to be received by December 15, in advance of the OTC’s hearing on December 17 – the sooner the better. We’ve got talking points provided for you on our website; please spend five minutes letting your government know what you think about expanding freeways given all we know about climate change, induced demand, and air pollution in 2019.  Visit our website and learn more about how you can contact your legislator and go on the record asking for more a more thorough study to be conducted on this proposal.

Please share our content on social media, too – the more we spread the word and ask our friends, neighbors, and colleagues to write in, the better chance we’ll have of convincing our elected officials to stand up for cleaner air, climate justice and responsible transportation investments. Find us on facebook and twitter! 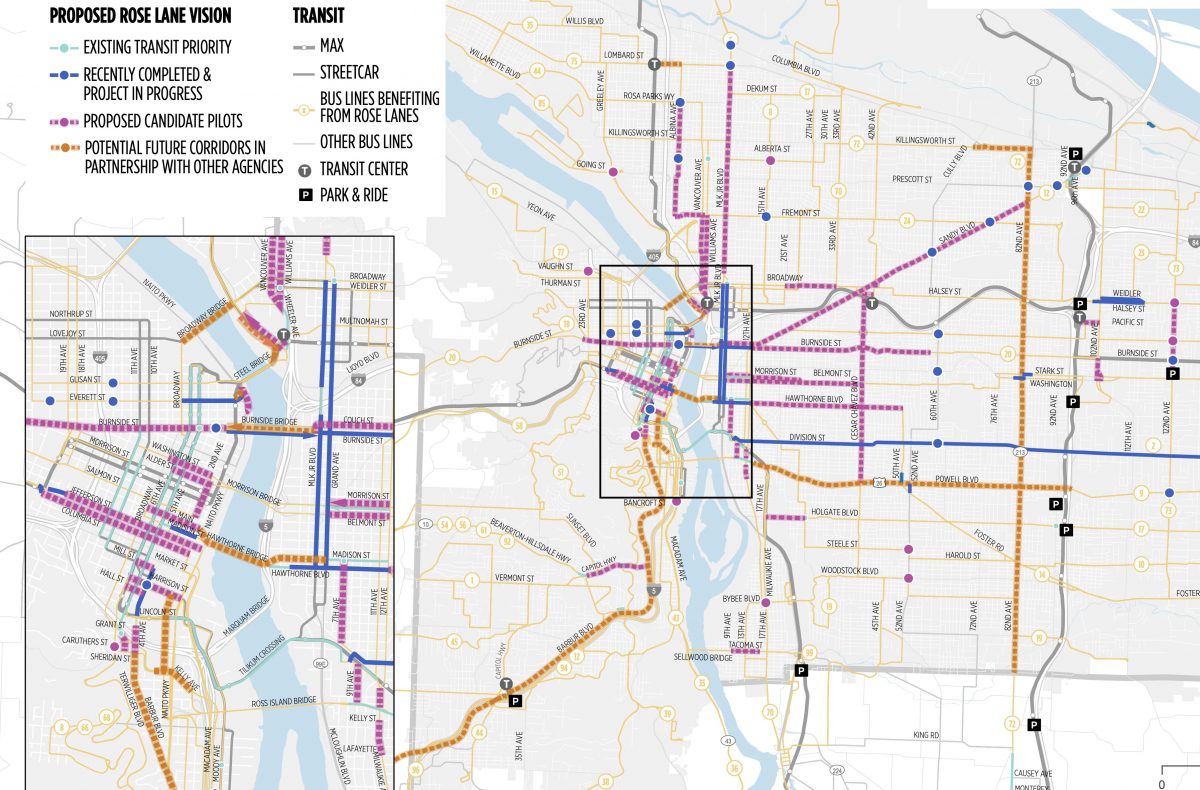 Also of note: Commissioner Chloe Eudaly and the Portland Bureau of Transportation recently rolled out one of the most ambitious proposals for climate- and transportation- justice that we’ve seen in local government in decades. The Rose Lane Project, if implemented to its full potential, would be downright transformative in making transit a more frequent, reliable, accessible option for a greater number of Portlanders’ trips across town. We heartily encourage NMF enthusiasts to check out the PBOT page about the campaign and take PBOT’s survey.

NO BUT REALLY: See you tomorrow.

We’ve got an amazing speaker list, a ton of beautiful art put together by Sunrise PDX, and a chance to shout directly to ODOT that we won’t sit idly by as they widen freeways and squander the future of the next generation of Oregonians. The oceans are rising, so are we.