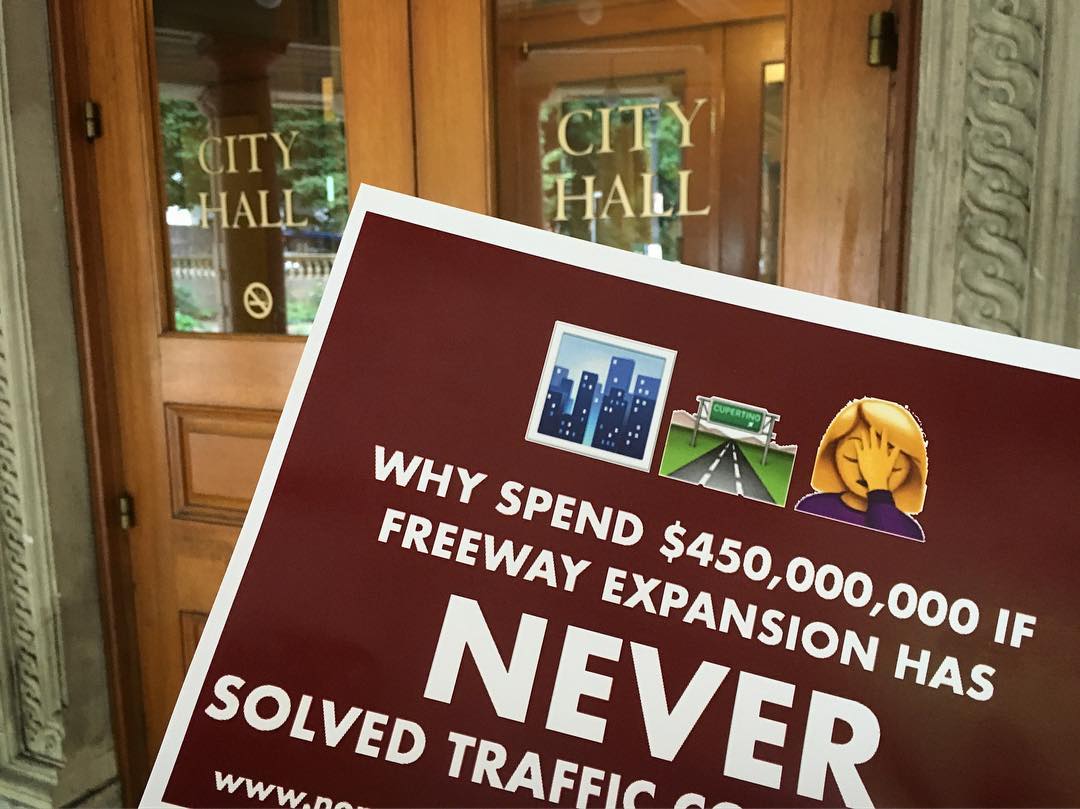 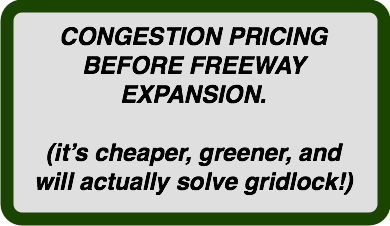 Last September, Portland City Commissioner Dan Saltzman told BikePortland.org that he intendedto introduce a resolution supporting the implementation of congestion pricing ahead of any construction on the proposed Rose Quarter Freeway Expansion. Unfortunately, his resolution, slated for a vote November 30, supports congestion pricing but is missing language about the Rose Quarter Freeway Expansion.

We’ll be testifying in support of an amendment to Commissioner Saltzman’s resolution in support of prioritizing congestion pricing before freeway expansion on Thursday, November 30th, at 2:00pm. We’d love to have you sign our letter in support: Here’s our google form; we’ll officially send in our letter on Wednesday, November 29th at 5:00pm. Please join us at City Hall next Thursday if you’re able as well! 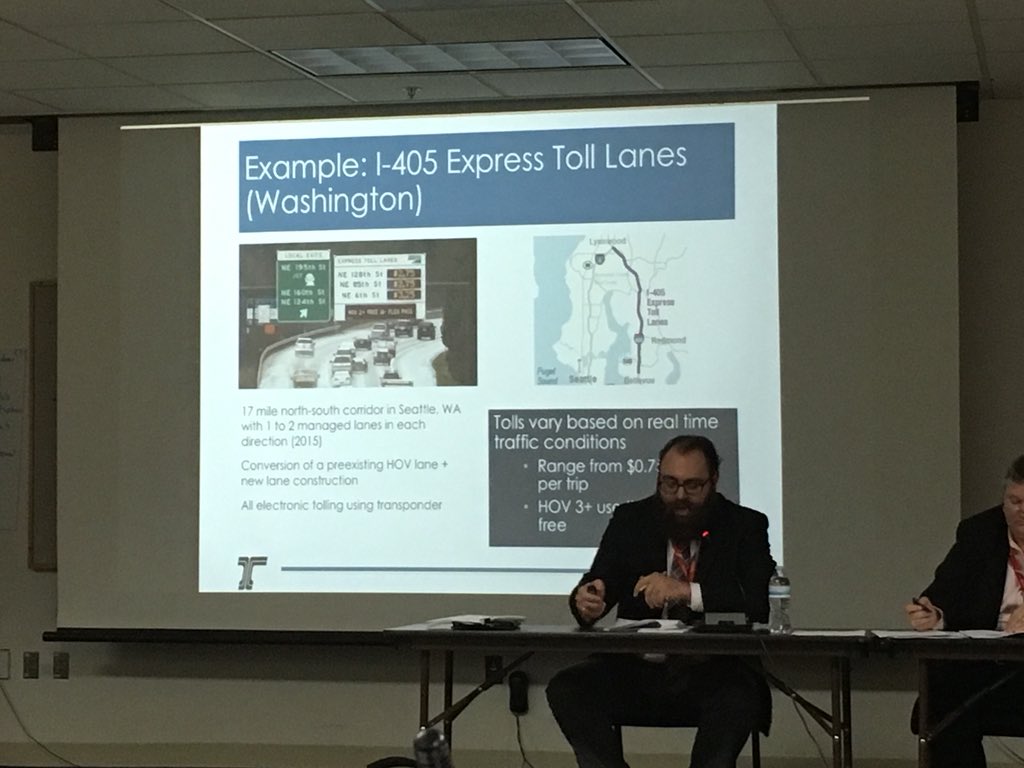 The Oregon Department of Transportation held the first meeting of the Portland Region Value Pricing Committee yesterday. The No More Freeways Coalition submitted this letter in support of congestion pricing as a policy to implement instead of expensive and unnecessary freeway expansion. We’ll be following this committee closely. stay tuned (and check out OPB’s coverage, which gives us a shoutout).

Support our cause, get a button 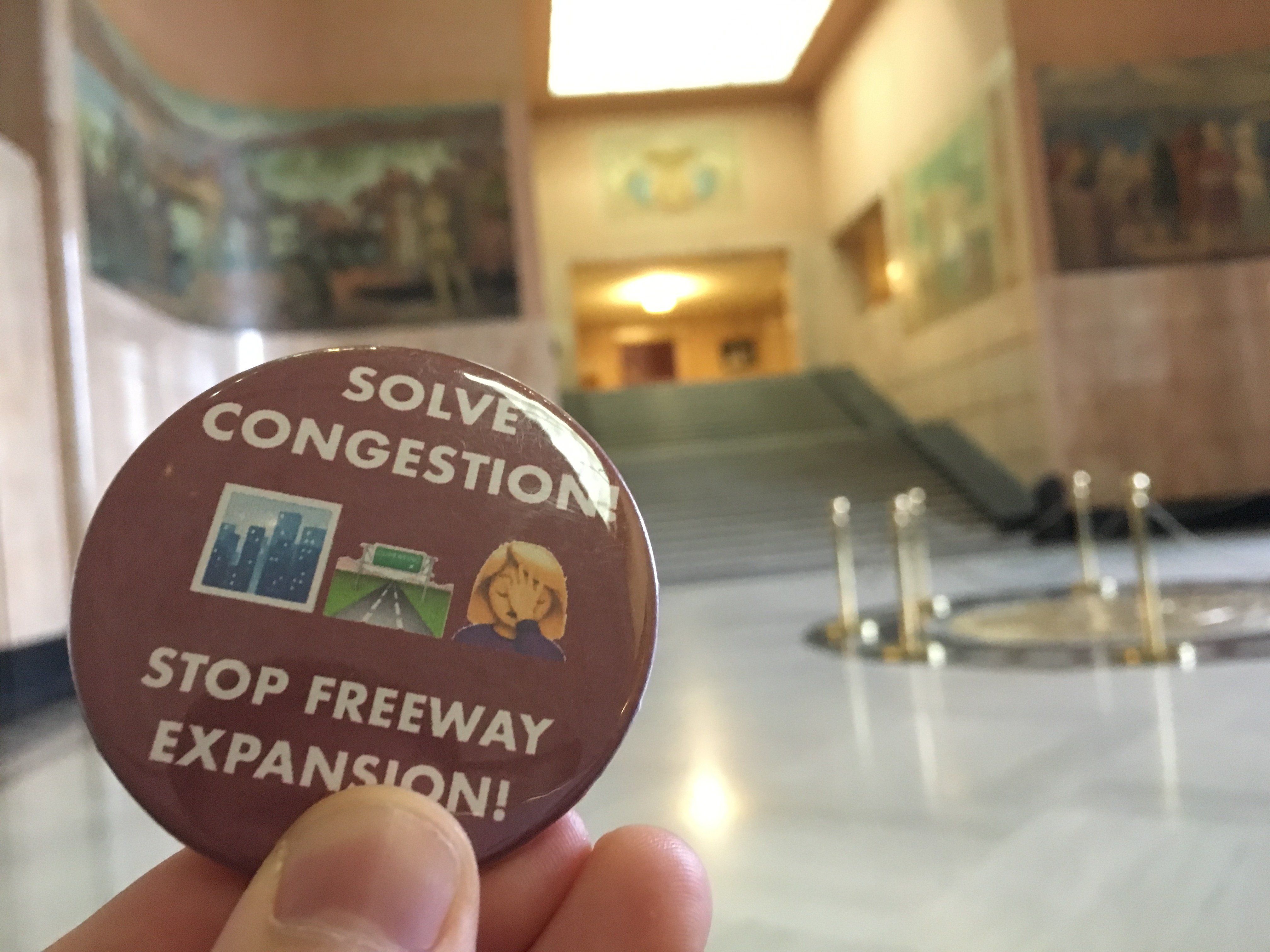 Our Coalition has met with State Senators, State Representatives, City Councilors, County Commissioners, Dozens of Community Advocates and Nonprofit Organizations and organized rabblerousers to show up at numerous hearings and open houses over the past four months. This is a labor of love for us, and our entire campaign to bring attention to the need to stop this freeway has been run for less than $450. As we gear up for 2018, we could greatly use some additional funding to help us host events, launch aggressive advertising campaigns, and cover our costs. Donate $10 or more and get your very own emoji-filled No More Freeways Button. We’re hoping to get $1500 to keep our website afloat, continue paying for our email service, and to cover the costs for some freeway opposition events in the year ahead.

(Have you signed our letter to City Hall yet?)